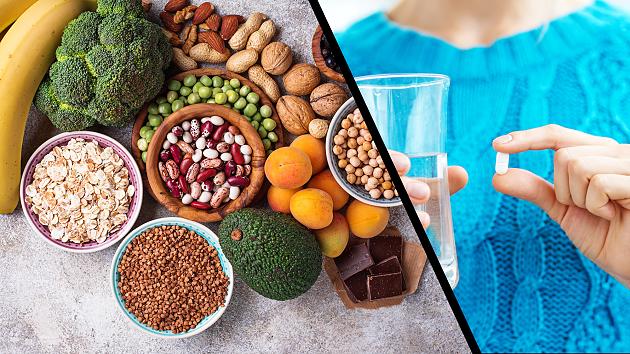 Magnesium is particularly well known in connection with magnesium deficiency and cramps. This applies to nocturnal calf cramps, but also massive cramps in athletes. But this important role that magnesium takes on for well-functioning muscles, only reflects a tiny aspect of its very broad spectrum of activity with diverse, vital functions.

Magnesium is a mineral and belongs to the group of metals. This mineral is essential. This means that the body cannot produce magnesium itself, but the mineral is vital and must therefore be supplied with the diet. It is then absorbed through the intestinal walls and gets into the blood. Any excess is excreted through the kidneys with the urine. High fat foods, oxalates and phosphates can slow down the absorption of magnesium in the intestine.

Around 25 grams of magnesium are present in the organism (in a person weighing 70 kilograms). A good half is in the bones, a little less in the muscles and only one percent in the blood. The bones also act as magnesium stores. However, the magnesium content in bones decreases over the course of life.

In addition, minerals are divided into bulk and trace elements. Magnesium is one of the bulk elements because the body needs relatively large amounts of it, unlike trace elements such as iodine and copper.

Why Magnesium is Vital

Magnesium is involved in the activation of over 300 enzymes in the body, including in the protein structure. The mineral takes on decisive tasks for energy and cell metabolism and regulates many vital functions, including:

Overall, these and similar studies provide strong indications that an adequate supply of magnesium, including through dietary supplements, is associated with a lower risk of numerous common diseases.