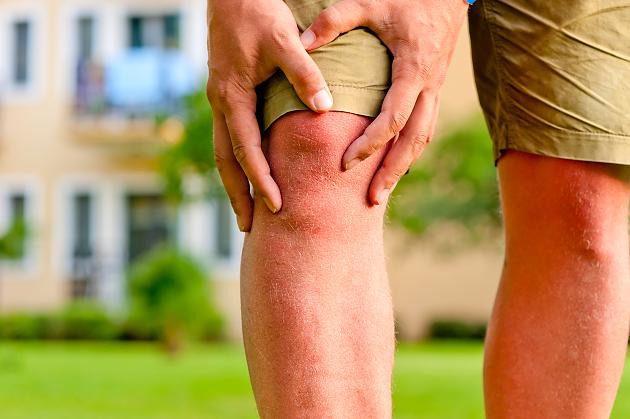 It crunches and cracks, and some movements during exercise are really painful. When the knee shows signs of wear and tear, those affected want a miracle cure that rebuilds the cartilage. Hope rests on stem cells.

After a certain age, signs of wear and tear become noticeable in the knee . After the age of 30, the risk increases linearly. The painful, inflammatory breakdown of cartilage in the operating room and with an artificial knee ends 150,000 times a year. Then smooth metal has to replace the cartilage layer, which allows round, painless movements in a healthy knee.

The idea frightens many people suffering from osteoarthritis. They hope for new methods to rebuild lost cartilage: stem cells should help.

The doctor uses the patient’s belly fat as a starting material. The idea behind it: stem cells can be obtained particularly easily and in relatively large numbers from vascular fat tissue. Injected at the location of the defect, they learn from the microenvironment into which cell type they should develop.

According to this principle, the doctor and stem cell researcher Eckhard Alt uses the undifferentiated cells : Stem cells from the patient’s fat tissue are processed in the operating room within an hour and injected into the patient where he needs them – for example into the osteoarthritis knee.

The founder of the “Interdisciplinary Stem Cells Research Center” in Houston and a private clinic in Munich sees stem cells as the future therapy for chronic inflammatory diseases of the musculoskeletal system – among other things.

The cell extract in the knee does not guarantee success

Some orthopedic practices that offer the procedure honestly state that it is a not generally recognized attempt at healing with no guarantee of success. Rather, it is a final experimental attempt to remedy knee problems without a joint replacement.

“In this so-called ‘point-of-care’ application, a cell extract is injected that not only consists of stem cells,” explains Oliver Pullig from the Fraunhofer Translational Center for Regenerative Medicine in Würzburg. How many stem cells that are supposed to develop into cartilage material actually get into the knee is just as little regulated as the preparation of the suctioned off belly fat.

Osteoarthritis most commonly occurs on the fingers, thumbs, knees, hips and big toes.

Arthrosis is always preceded by cartilage damage. Cartilage is considered to be a “shock absorber” for the joints. Initially, the damage to the cartilage is often superficial and limited to a small area. In the advanced stage, the symptoms worsen. Tension pain occurs and the joints change.

The joints react to the cartilage damage with pain, swelling or inflammation.

Stem cells instead of knee prostheses

A Europe-wide study is currently looking for scientific evidence of the anti-osteoarthritis potential of the body’s own stem cells.

A small one with six patients in Würzburg and twelve in Montpellier, France, led to success in 2013: Almost all participants canceled their previously unavoidable operation for a knee prosthesis. “Your complaints had improved throughout,” explains Oliver Pullig. “A reconstruction of cartilage was unlikely with such a large damage.”

The follow-up study that has just begun with 153 participants at ten European locations therefore fulfills a requirement that the German study director Ulrich Nöth from the Evangelical Forest Hospital Berlin-Spandau formulated back then: Stem cell therapy is best suited for patients with middle and middle-aged osteoarthritis. You are no longer eligible for a cartilage transplant, but you are too young to have an artificial joint.

New cartilage from stem cells? A study should show it

Like the pilot study, the ADIPOA2 study uses so-called mesenchymal stem cells from the abdominal fat of each subject. These precursor cells of the connective tissue have the ability to develop into cartilage, bone or fat cells.

Biologist Oliver Pullig explains: “We take 100 milliliters of belly fat from each participant. The stem cells obtained from this are multiplied millions of times in special laboratories. That takes a good two weeks. 51 patients then receive two million of these pure stem cells injected into the joint, 51 patients receive an injection with 10 million cells and 51 patients receive a placebo. “

Results should be available by the end of 2018, and thus scientific proof of whether stem cells fulfill the hope of permanently building cartilage. The scientist is optimistic: “If successful, the therapy with stem cells as a drug could be ready for the market at the next study level. It doesn’t take five years. “

Cartilage transplant only helps to a limited extent

Another method to restore lost cartilage is transplantation, which has been tried and tested for 20 years. So far, however, it has only been successful in the case of centimeter damage in an otherwise intact knee. The operation is laborious and the healing process long.

In the first keyhole surgery, the doctor removes a small piece of healthy cartilage, hardly larger than a grain of rice. These cartilage cells are propagated in the laboratory in three to four weeks. In a second operation, the surgeon places these cells or the cartilage patch on the defective area in the knee.

After that, the knee must not be subjected to any load for six weeks, then only lightly for another six weeks. Only after a year is the joint stable enough for sport to be possible.

Cartilage from the laboratory is expensive

The transplant is only suitable for younger knee patients whose cartilage and joints are free from osteoarthritis. If this therapy is successful, it can prevent further cartilage damage and a later threatened knee prosthesis.

Then, in the long term, the costs of several thousand euros for cells grown in a laboratory will pay off.

If these methods are out of the question, another remedy can help: synthetic hyaluronic acid is often misunderstood as a substance for building up cartilage. However, it cannot produce worn cartilage, but serves as a lubricant and for joint care.

Orthopedic surgeons inject the moisture-retaining gel three to five times at weekly intervals. Hyaluronic acid relieves pain and promotes mobility – permanently for some patients, at least for a year or two for others. Then the treatment can be repeated.